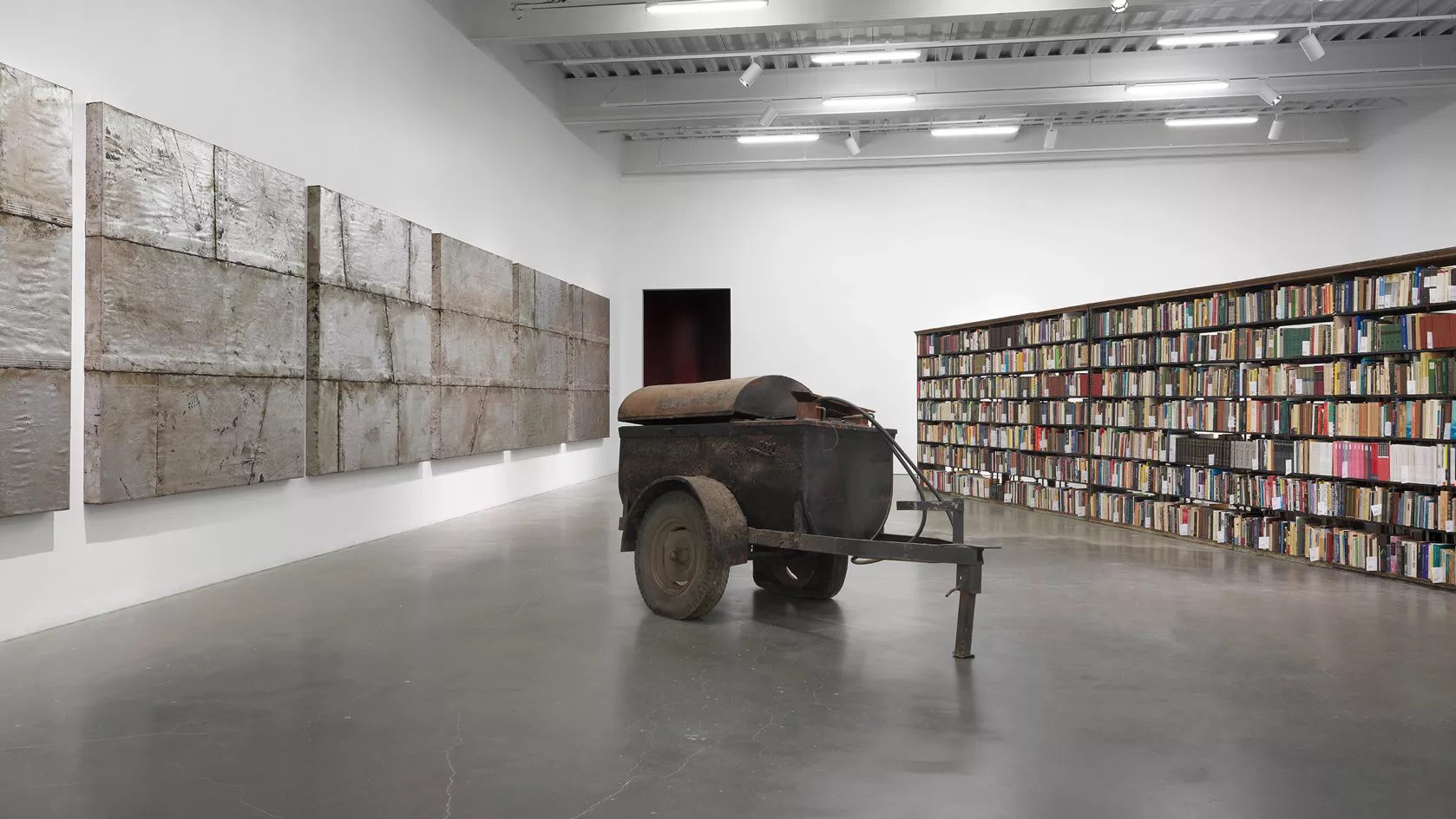 Theaster Gates’s work in the areas of sculpture, social practice, collaborative performance, and archiving has made him one of the most compelling artists active today. Gates emerged in the early 2000s with a sculptural practice characterized by the use of salvaged materials and deeply researched interdisciplinary histories. The elegiac formalism of Gates’s large-scale tar paintings, experimental clay vessels, and immersive architectural installations can be linked to both personal and collective narratives of labor and spirituality. In recent years, Gates has rescued a variety of historical collections of images and objects in Chicago, creating both architectural spaces and sculptural structures for their preservation and dissemination to wider audiences. For Gates, collective forms of knowledge are built across objects, images, sounds, movements, and relationships between people.

In “Young Lords and Their Traces,” Gates honors the radical thinkers who have shaped his city and the United States as a whole. This presentation will comprise a selection of works including paintings, sculptures, videos, performances, and archival collections that together memorialize both heroic figures and more humble, everyday icons. Gates’s elevation of these quieter sources of knowledge, and his assertion that collecting is a form of devotion and remembrance, has made his work reverberate on both the local and international level. “Young Lords and Their Traces” demonstrates the emotional and critical depth of Gates’s consistently surprising art.