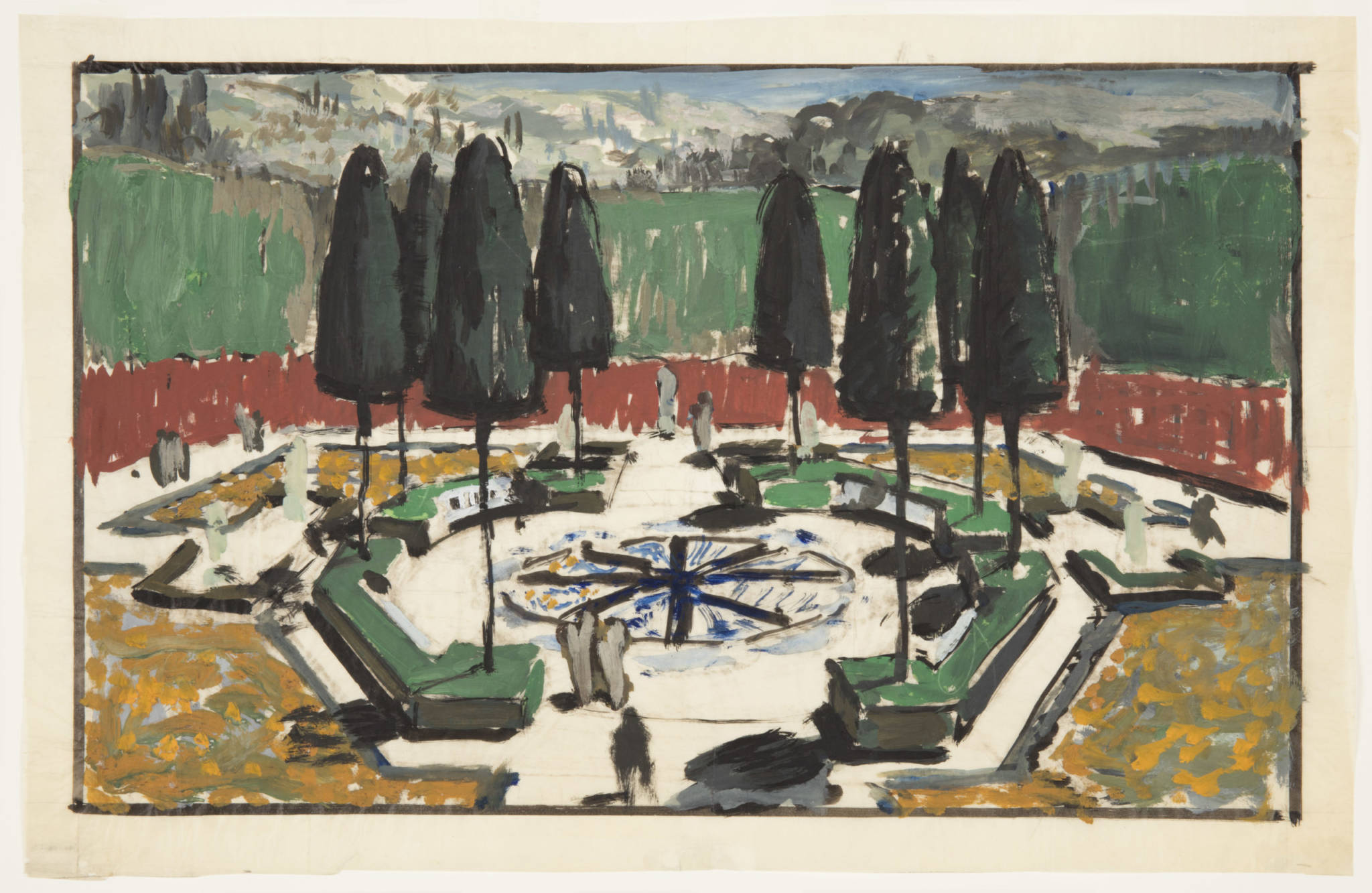 THE MODERNIST FRENCH GARDEN: DESIGNS BY THE VERA BROTHERS

In the early 20th century, French brothers André and Paul Vera sought to develop a new style of gardens, one that paired a modern geometric order with elements of prized 17th-century landscape traditions. This exhibition will unite over 20 of the brothers’ striking Art Deco drawings for gardens with their 1912 published treatise Le nouveau jardin (The New Garden).

In their transformative treatise, the brothers argued that garden design was an artistic and architectural exercise. They believed the same straight lines, right angles, and fashionable color palette that had recently come to define modernity in architecture and design should extend to domestic outdoor spaces.

The Veras thought that gardens should “embrace cultural evolution and progress,” rejecting the naturalistic turn that had characterized 19th-century French landscape design. Instead, they returned to the formalism of style régulier (regular style), the French garden tradition which had achieved popularity in the 17th and 18th centuries.

Although the Veras’ theories redefined the modern French garden, only a handful of their landscape designs were ever realized. To this day, these radical concepts are best understood through the drawings of fantasy gardens the Veras conceived to illustrate their philosophies.