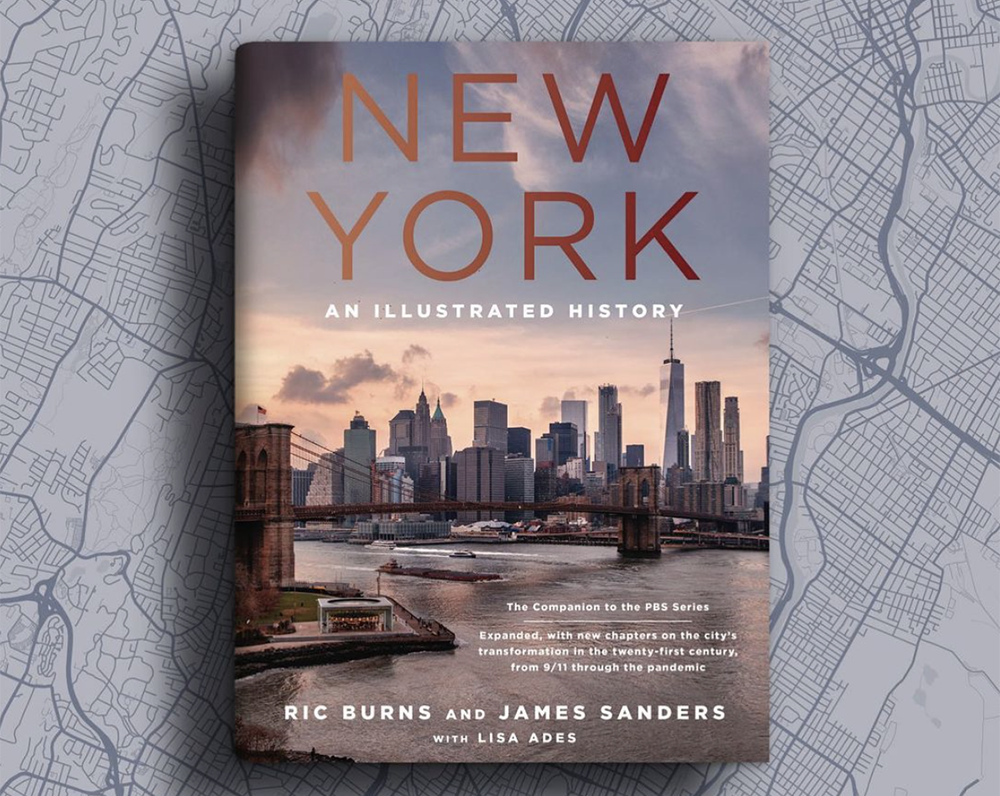 Join us for a launch event for the newly expanded edition of New York: An Illustrated History by Ric Burns and James Sanders, with a brief remarks featuring a selection of the book’s 120 new photographs by contemporary photographers.

New York: An Illustrated History is the newly revised and expanded edition of the landmark companion volume to the award-winning eight-part PBS series, NEW YORK: A Documentary Film, which will be premiering two new episodes in Fall 2022. With more than 600 photographs, the book tells the remarkable 400-year-long story of the city, from its beginning in 1624 up to the current moment.

The new edition features two new chapters and over 120 new illustrations, presenting a sweeping portrait of New York at the dawn of the 21st century, when it emerged after decades of decline to assert its place at the very center of a new globalized culture. Here is a city challenged—indeed, sometimes shaken to its core—by a series of profound crises: the aftermath of 9/11, the continual struggle with racial injustice, the financial crisis of 2008, the devastation of Superstorm Sandy, the still-unfolding cataclysm of the COVID-19 pandemic—whose earliest and deadliest urban epicenter was New York itself. Here, too, is a lively portrait of the city’s vibrant street life and culture: the birth of hip-hop in the South Bronx, Christo and Jeanne-Claude’s Gates in Central Park, the dazzling musicals of Broadway, the explosion in location filmmaking, the pivotal rise of the tech industry, and much more. The new edition includes contributions by Adam Gopnik, Suketu Mehta, and Ester Fuchs, supplementing contributions by Robert A. Caro, Robert A.M. Stern, Kenneth T. Jackson, David Levering Lewis, Carol Berkin, Phillip Lopate, Marshall Berman, and others in the book’s original edition.