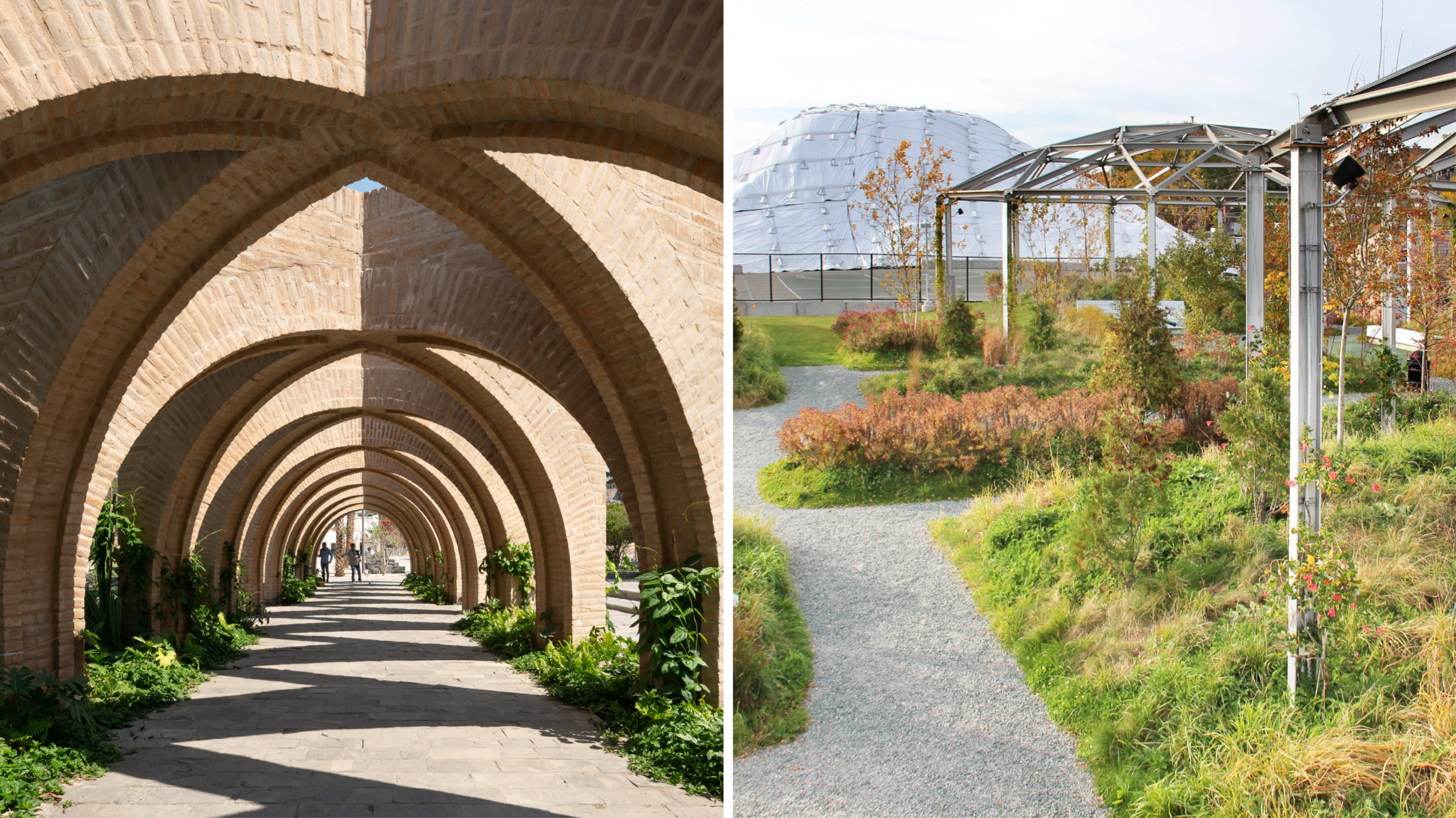 The Architectural League’s annual Emerging Voices program spotlights North American architects, landscape architects, and urban designers who have significant bodies of realized work and the potential to influence their field.
Estudio MMX is a collaborative Mexico City-based design practice founded in 2010 by Jorge Arvizu, Ignacio del Río, Emmanuel Ramírez, and Diego Ricalde. In its own words, the studio interrogates “the processes of generating public and private spaces, the definition of the limits between interior and exterior, and the ambivalence implicit in these dichotomies.” Across its diverse range of projects, Estudio MMX prioritizes participatory design, vernacular tradition, and environmental integrity.

Landing Studio is a Massachusetts-based architecture and urban design practice led by founding principals Daniel Adams and Marie Law Adams. From marine docks to highway underpasses, the studio reimagines active industrial and infrastructural sites as accessible public spaces. It describes its work as “[leveraging] the unique scales and qualities of these spaces to bring spectacular, monumental, and delightful dimensions into the public realm.”

The presentations will be followed by a conversation with Paul Lewis. Lewis is a partner at LTL Architects, professor at Princeton University School of Architecture, and president of The Architectural League of New York. He was a member of the 2022 Emerging Voices jury.

The Architectural League of New York

About The Architectural League of New York nurtures excellence in architecture, design, and urbanism, and stimulates thinking, debate, and action on the critical design and building issues of our time. As a vital, independent forum for architecture and its allied disciplines, the League helps create a more beautiful, vibrant, innovative, and sustainable future.
URL archleague.org
Instagram @@ArchLeague
Twitter @@ArchLeague