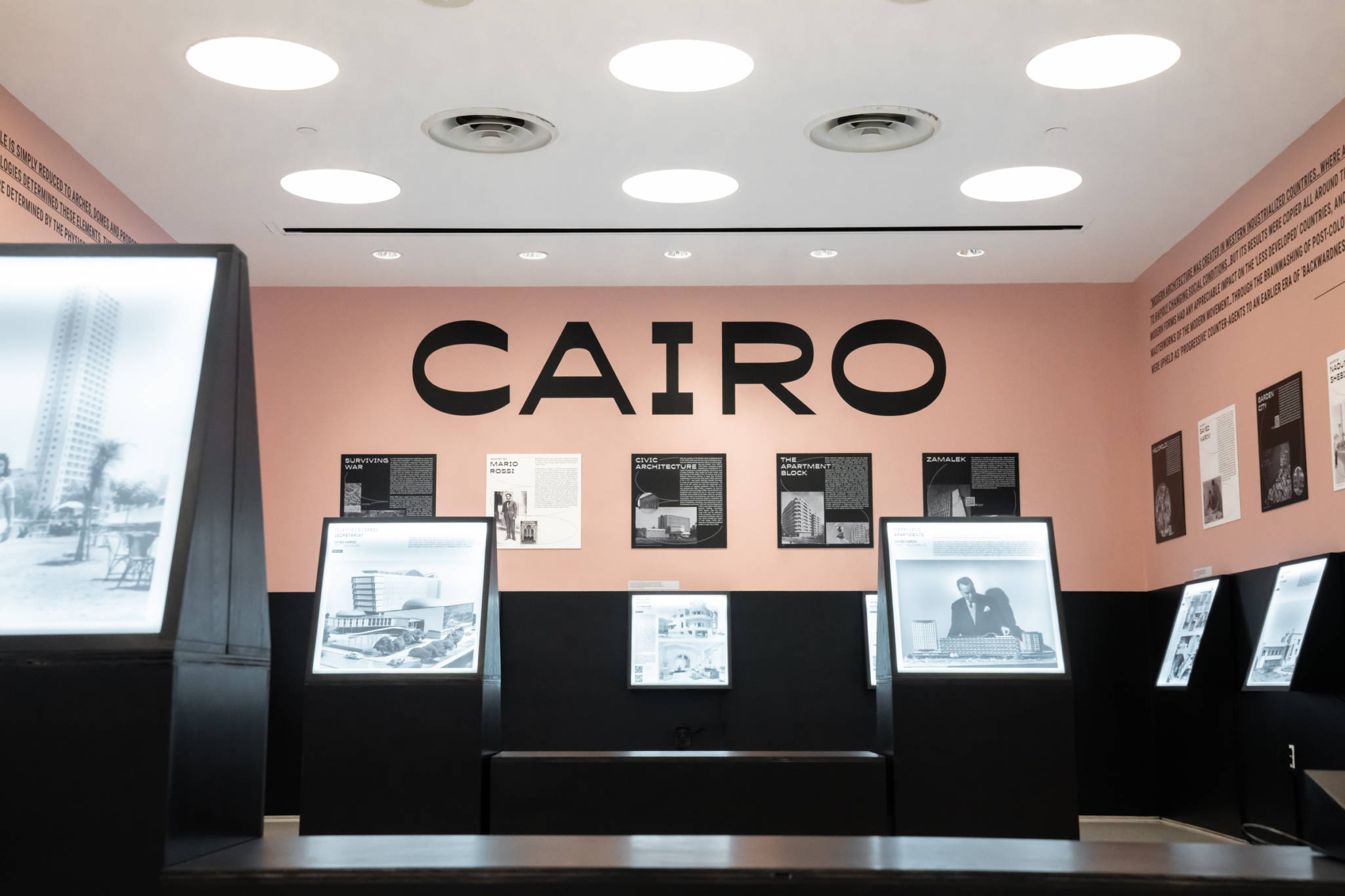 Join Mohamed Elshahed as he gives an in depth virtual tour of the Cairo Modern exhibition. Cairo Modern showcases works by Egyptian modernists from the 1920s to the 1970s, half a century of rich architectural production that complicate our present understanding of global modernism. The exhibition introduces audiences to key architects from the period such as Sayed Karim as well as examples of their works commissioned by the state and the city’s burgeoning bourgeoisie. Modernism in Cairo reflected the aspirations of the new classes that formed after Egypt’s 1919 Revolution who embraced the Modernist house or apartment as the materialization of new notions of class, identity, and modernity. The exhibition accompanies the publication of Cairo Since 1900: An Architectural Guide, the first comprehensive survey of the city’s modern constructions including 226 buildings in 17 geographic areas built from 1900 to the present.