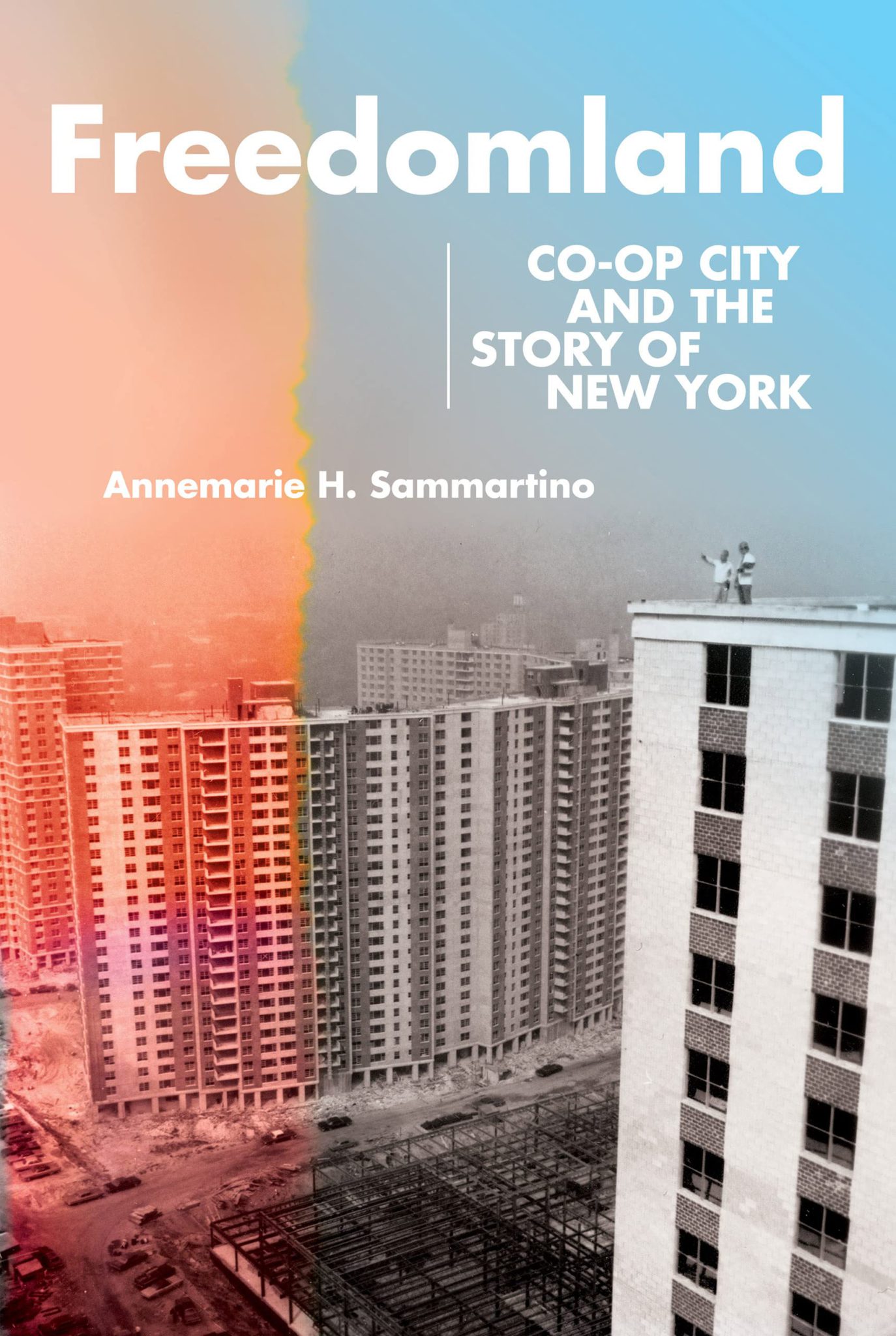 In Freedomland, Annemarie Sammartino tells Co-op City's story from the perspectives of those who built it and of the ordinary people who made their homes in this monument to imperfect liberal ideals of economic and social justice. Located on the grounds of the former Freedomland amusement park on the northeastern edge of the Bronx, Co-op City's 35 towers and 236 townhouses have been home to hundreds of thousands of New Yorkers.

In 1965, Co-op City was planned as the largest middle-class housing development in the United States. Intended as a solution to the problem of affordable housing, Co-op City first appeared to be a huge success story for integrated, middle-class housing. However, tensions arose and led residents to organize the largest rent strike in American history. In 1975, a coalition of shareholders secured resident control, but even this achievement did not halt rising costs or white flight. Still, the cooperative achieved a hard-won stability in the late 20th century. Freedomland chronicles the tumultuous first quarter century of Co-op City's existence. Sammartino's narrative connects planning, economic, and political history and the history of race in America.

About Founded in 1996, The Skyscraper Museum is a private, not-for-profit, educational corporation devoted to the study of high-rise building, past, present, and future. Located in New York City, the world's first and foremost vertical metropolis, the museum celebrates the city's rich architectural heritage and examines the historical forces and individuals that have shaped its successive skylines. Through exhibitions, programs, and publications, the museum explores tall buildings as objects of design, products of technology, sites of construction, investments in real estate, and places of work and residence.
URL skyscraper.org/
Instagram @@skyscrapermusuem
Twitter @@skymuseum